...my book has a cover!! AHHH!!! I couldn't be more thrilled to share, so without further ado because I AM EXCITED, here it is!!!! 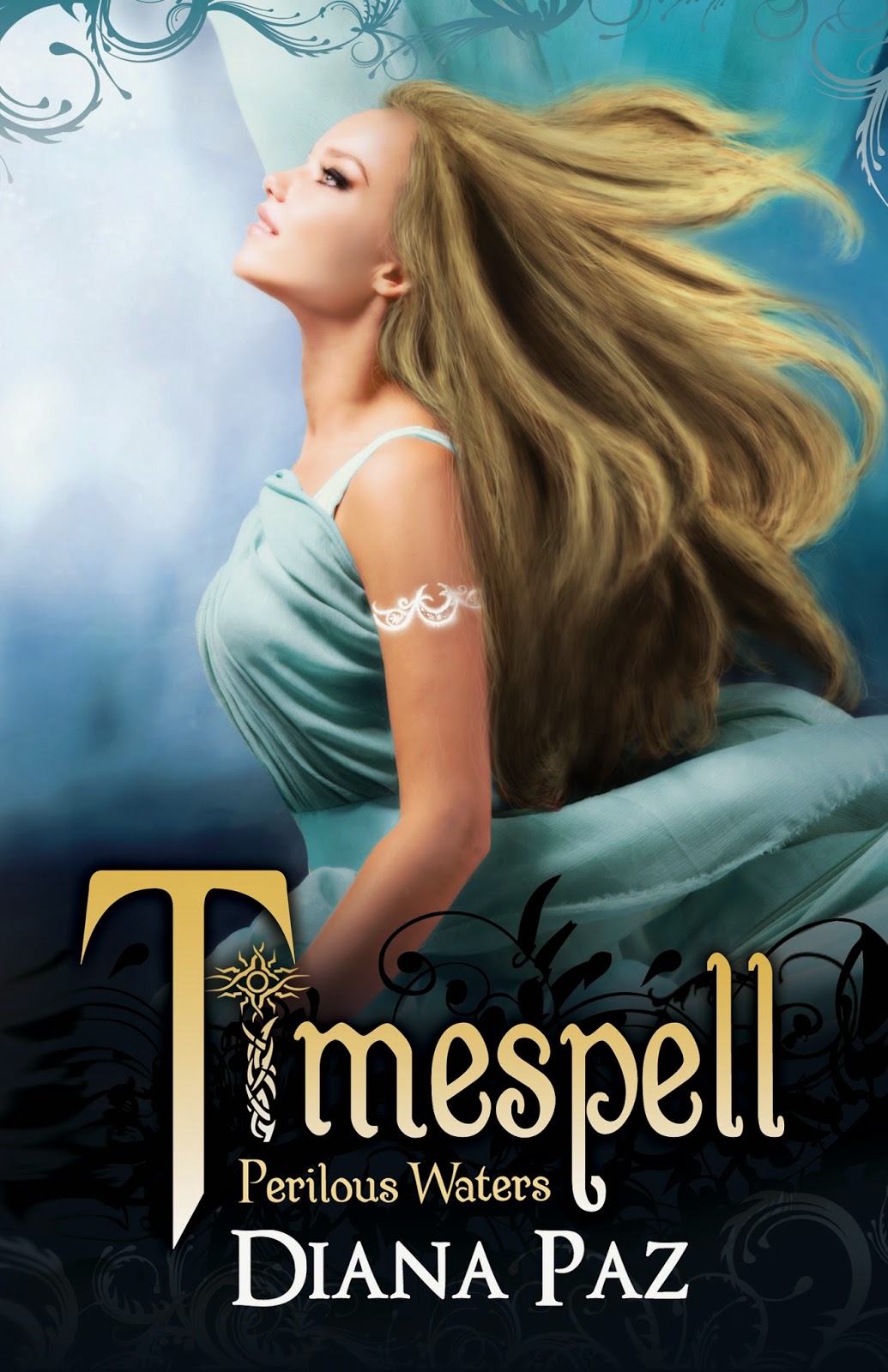 Timespell: Perilous Waters is set to release May 15! Click here for a link to goodreads... and if you haven't read Timespell yet, or if you enjoy getting FREE STUFF, enter the giveaway below for a chance to win a signed paperback of Timespell the First!!

And here's a little more about Timespell: Perilous Waters:

~ ~ ~
After nearly losing their lives defeating the creatures of Mythos in Revolutionary France, Julia and Kaitlyn finally understand what Angie has known all along… being a Daughter of Fate isn’t so fun when one mistake can mean their deaths. Haunted by visions and horror-filled memories, the girls have spent the summer honing their newly discovered magical abilities, determined to grow in power and prepare for the uncertain time when the Fates summon them to their next mission.


But their protector Ethan, still embittered by Julia’s betrayal, refuses to engage in the girls’ magical research or power-enhancing spell practice. That is, until his brother’s loyalty to Julia causes him to unwittingly uncover ancient magic greater and more binding than any force the girls have encountered so far. Before the girls or Ethan grasp the full extent of what his brother has done, the girls are jettisoned through time into the madness of the Caribbean during the golden age of piracy.


Only by working together can the girls harness the full power of their magic and secure the world timeline, but with the lives of those close to Angie and Julia at risk, and Kaitlyn designing a dark agenda of her own, all three girls harbor secrets that threaten to drive their fledgling trinity apart. Small treacheries, mounting fear, and the use of dark magic have not gone unnoticed by those trapped within the Nether… those who would stop at nothing to unleash their destruction upon the world once more.

Add it to goodreads here!

GIVEAWAY:
WIN A SIGNED COPY OF TIMESPELL THE FIRST!

Link to Rafflecopter Giveaway!
Thanks for checking out my cover, and thanks for stopping by
xo
Di
Written by Unknown at 5:49 AM 4 comments:

Email ThisBlogThis!Share to TwitterShare to FacebookShare to Pinterest
This was mostly about: book talk, contest, Timespell


The third and final book in The Kindrily series, FIGHTING FOR INFINITY, by Karen Amanda Hooper has a magical new cover. To celebrate, she's giving away a signed paperback and an ebook bundle!
But first, are you ready to see the cover? Bring on the mystery... 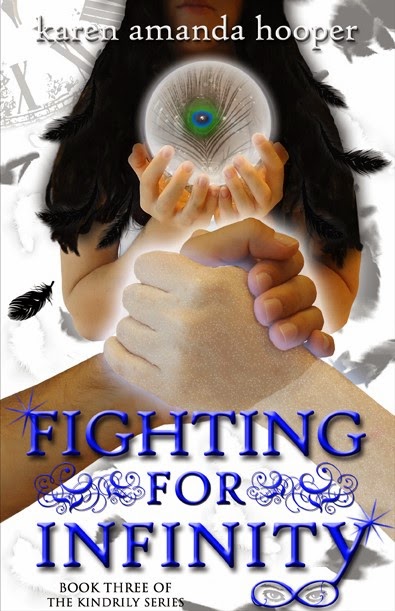 
Want to know more about this final installment in Maryah and Nathan’s story? Here’s a hint...


Every moment, every lifetime, every decision--including her choice to erase--has led Maryah to this.

Two outcomes are possible: an infinite happy-ever-after with her kindrily or the final severing of her relationship with Nathan.

Closer to the enemy than ever before, Maryah unravels the diabolical plan that Dedrick has been manipulating into place for centuries. Revelations, secrets, and lies surface faster than Maryah can process. She doesn’t know who to trust, what to believe, or how to save her loved ones from the desolate future Dedrick is so close to executing.

Guided by an enigmatic raven-haired prisoner, Maryah fights body and soul to save Nathan, her kindrily, and countless others. But is her love strong enough to alter a prophecy written in the stars? 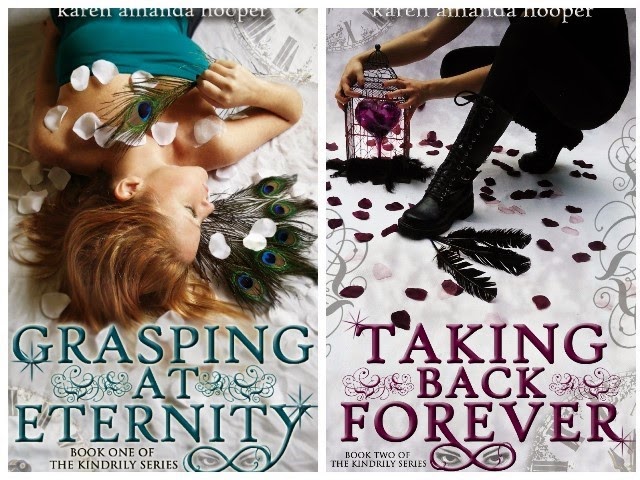 Want to win a signed copy of GRASPING AT ETERNITY or TAKING BACK FOREVER? Or, an ebook bundle of the first two books of The Kindrily series? Enter the Rafflecopter contest below.   a Rafflecopter giveaway
RAFFLECOPTER LINK 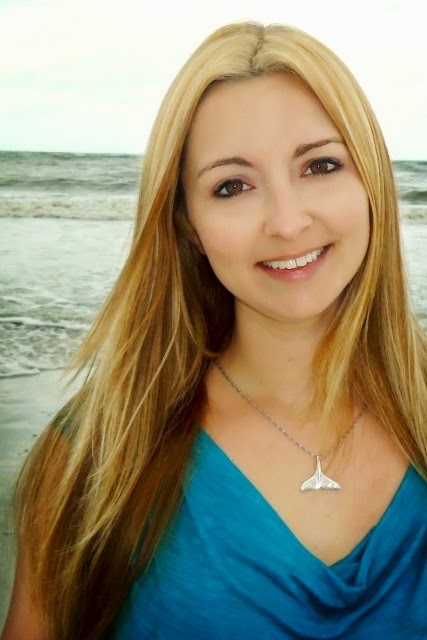 Karen Hooper was born and bred in Baltimore, frolicked and froze in Colorado for a couple of years and is currently sunning and splashing around Florida with her two beloved dogs. She's addicted to coffee, chocolate and complicated happily-ever-afters.


Karen has been making up stories for as long as she can remember. Due to her strong Disney upbringing, she still believes in fairytales and will forever sprinkle magic throughout all of her novels.


For more info on Karen or her books visit: www.KarenAmandaHooper.com
Written by Unknown at 6:58 AM 5 comments: