Email ThisBlogThis!Share to TwitterShare to FacebookShare to Pinterest
This was mostly about: stories and flash

Stepping Out of the Writer Cave

(Another mobile blog post-- ack!! I fool myself into thinking I'm multi-tasking if I'm not sitting down at the computer *grin*)

Writer friends probably know what I'm talking about... it's a time warp. Five hours melt away in the space of re-reading the same scene/query letter/synopsis... or when things are flowing, chapters fly beneath our fingers. There's little concern for things like sleep or hunger-- those are annoying distractions, burdensome necessities of our human existence. We emerge, squinting and ravenous, probably in desperate need of a bathroom.

But that's only the deepest level of the writer cave. I make my way up through the cave, still immersed in the writing world. Blogs, twitter, agent research... critique partner emails, phone calls, meeting up for lunch to talk out our plot issues... all of that, while not a direct part of my current story, still keeps me connected. I'm in the writer world. On some level, I'm still in that writer cave.

For me, it's important to step completely away sometimes. Maybe that's why I don't tell my non-writer friends that I write books and am pursuing publication. Not that it's a tightly guarded secret or anything!! Anyone can Google my name and find their way to my writing-- and yes, a friend or two has-- but I don't let it become a big deal. I've learned that letting too many people into the writer cave makes it a bit too crowded.

With that in mind, I'm stepping out for the day and meeting three non-writer friends for a girls' day ~happy dance~ I do LOVE talking about writing and hashing out plot issues and meeting up with writer friends too, but sometimes it's good to get in touch with other parts of who I am. Maybe with a day at the beach or a trip to some touristy part of town, or just going to my mom's and watching Steel Magnolias while we eat too many cookies-- whatever it is, I think the writer part of my brain absorbs it all and is better for it.

What about you? Do you ever feel sealed up too tight in the writer cave? Stepping out can be hard... writing is such a big part of who we are. What do you do when you come out?

Sent via BlackBerry from T-Mobile 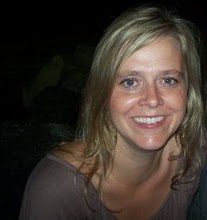 Hi everyone!  Dana Elmendorf here from A Squirrel Amongst Lions.  I get the honor of being a guest blogger on Diana’s blog.  It’s a fun way to mix things up because let’s face it, sometimes blogging needs a swift kick in the pants.  Seeing as Diana is my critique partner and all, I decided to take her suggestion and write about what I’ve learned from critiquing.
The fact is…the truth hurts.
It’s never easy to put yourself out there, especially when you’re a newbie like me.  As much as we know our manuscripts need work, we all cringe at being told what needs to be fixed.  But it’s the whole “forest for the trees” issue.  You need the eyes of someone else to point you in the write direction. (Yes, I’m trying to be punny.)
Depending on the voice behind the critique, sometimes I need 24 hours to pout before I can move on. I’ve critiqued for several different people and vice versa but Diana is the steady voice I trust to be honest but kind.  We fit together like a couple of puzzle pieces, though we don’t look, write or act anything alike.
What have I learned from critiquing?
I’m a WASinator, zapping the passive voice out of any document.  My grammar stinks.  Commas are my mortal enemy.  Fixing someone else’s plot holes helps me with my own.  Nothing is ever perfect because there is always room for improvement.  Being critiqued trained me to be a better critique partner.  But most importantly, critiquing has made me a better writer.
Whether you use a group or exchange with a friend over the internet, a critique partner is key. Sure, you have to decide at what stage to bring that partner in but your writing will not grow unless you have the voice of a trusted fellow writer to help you (or at least some one in the publishing industry).  Yes, family and friends are great cheerleaders.  They can edit grammar or give you advice but there is that something extra only a fellow writer can add.  A special knowledge that comes with writing a book itself: plot arcs, character voice, world building, etc.
So even though the truth hurts, they don’t call it growing pains for nothing.  Each step of the way you learn a new trick, see a new way to spin your words and before you know it, you’re on your way to being published.  Diana Paz is a fabulous critique partner and I am so grateful she has shared so much of her knowledge with me.
And now for the dirty gossip I found will snooping around her blog.  Did you know that Diana Paz once—
*************We apologize for this technical difficulty.************
*******The blog post you are reading will return shortly.*********

--Can you believe it?  And I have pictures to prove it!
Thanks Diana, I hope you’re not too mad at me for telling everyone your little secret.
Back to you Di.
Written by Diana Paz at 6:46 AM 8 comments:

Email ThisBlogThis!Share to TwitterShare to FacebookShare to Pinterest
This was mostly about: random, writing

My blog is being hijacked! On Monday, October 18th Dana Elmendorf from A Squirrel Amongst Lions is taking over my blog, with the promise to give it back if I hand over enough nuts to get her through winter! Blog topic to be determined... I'll be at her blog, wreaking havoc and probably doing irrevocable damage-- Dana, are you SURE you want me to take over your blog? *BWAHA-HA-HA-haaaaa!!!*


Sent via BlackBerry from T-Mobile
Written by Diana Paz at 5:35 PM 7 comments:

I have so much to do I can't even begin. Starting with making dinner. But since I'm on blogger, procrastinating, I wanted to say thanks for everyone's brilliant blog comments on my little *cringe* okay, long rant this week about romance novels. I almost deleted it the second I posted it!! Normally I keep things kind of light on my blog-- but then all the comments came, and then my lovely and sometimes critique partner Natalie devoted a whole blog-post to it, so I figured it might be okay. And wow, lots of new followers.

~waves~ Hi new followers!!!
Okay, enough procrastinating. Dinner must be made. Fun fact number two thousand ninety two about me: I'm a horrible cook. My twitter-friends saw a picture of the boiled noodles I BURNT the other night, eek! Who burns noodles??? I do *blush*
[My brain cannot BELIEVE how many exclamation points and *asterisk actions* I've used. It's appalled.]
Okay. Really. Time to make something for dinner. Reeeeeeally. It isn't going to make itself. Unless... (makes a phone call to super-husband...)...
...(ends phone call with super-husband).
Okay dinner really isn't going to make itself. *sad sigh*
Written by Diana Paz at 5:05 PM 4 comments:

Email ThisBlogThis!Share to TwitterShare to FacebookShare to Pinterest
This was mostly about: random, updates

In Defense of Romance--YA or otherwise.

Eek, this is a rant; fair warning!

Email ThisBlogThis!Share to TwitterShare to FacebookShare to Pinterest
This was mostly about: book talk, rant

Tilling Dirt, Reading, Movies, Other Stuff I've Been Up To.

~waves~ I just wanted to say hi. Here are the things I've been up lately:

Sorry, no writing metaphor in this. We're just turning over the dirt in our grassless, weed-filled backyard. And yeah, it's as crappy as it sounds. We can't even use a motorized dirt tiller thing because our sprinkler system was installed so shallow and our "soil" has massive rocks in it. So the work is medieval-style, with a hand tiller. It's back-breaking stuff. And we're barely half done!!! I keep thinking, imagine if we lived in Little House on the Prairie times, and we HAD to do this to EAT?!! So thankful I'm not on a prairie.


Paranormalcy (Soooo addictive; definitely one of my new faves)

Firelight (Thank you Tina! This is one of the BEST YA romances ever!!)

The Summer I Turned Pretty (Thanks Dana! An absorbing read, I finally finished it!)

Darklight (I LOVED Wondrous Strange and Darklight was even better!!! I can't wait for Tempestuous!!!!)

The Iron King (Love-love-love the Midsummer Night's Dream premise and I can't wait to read The Iron Daughter!!!!)

The Duff (Haha, super funny and cute. I liked it)

Movies at the Theater:

Easy A Wow I really LOVED this movie!! Especially all the references to famous literature and 80's teen love movies (two of my favorite things in the whole world!).

The Other Guys If you like Will Ferell you'll enjoy it; Mark Wahlberg does fine. Overall it's a wait-for-rental IMO.

Iron Man 2 Loved it, it's even better than the first IMO! Robert Downey Jr is perfect as Stark.

Prince of Persia It was fun. I'm a big fan of adventure movies.

Date Night Soooooo hilariously FUNNY!!!! I love Steve Carrel and Tina Fey, together they were brilliant!

I'm getting ready to query, eek!! I'm not super "open" about what I'm querying, and especially not who I'm querying, but I will say that I love querying :) It's exciting. I've spent a lot of time re-re-RE-revising this book, and I'm anxious to find out if the changes have made a difference. And I'm also excited because as soon as I get going with queries, I'll focus my energy into revising a different book (the one I just finished writing), and as my lovely Tina knows, it needs work.

I'm sick, did I mention that? It's a head cold with a cough and my nose is running like a faucet and-and-and-- *sniff* Well. You know. So I hope you're all doing better :)

And that's about it! Minus lots of extremely boring stuff.  So what have you been up to?
Written by Diana Paz at 10:57 AM 10 comments: