The Dark King and his Sunlit Goddess: Hades and Persephone

Edited to add: be sure to check out the follow-up to this post at Amalia Dillin's blog! AFFAIRS OF THE GODS: Hades and Persephone.

I love looking at artwork to help inspire my writing, and there is a rendition by Sandara of the dark god Hades, King of the Underworld, as he regards the sunlit goddess Persephone, his future queen, that I can stare at all day. The ruler of death and a goddess of meadows and spring, it seems like there couldn't be a more unlikely pairing.

My work in progress is an adult retelling of the myths concerning Hades and Persephone. Today I go FULL MYTHOLOGY NERD and share some of my glorious RESEARCH (hooray!). Also, join me at Amalia Dillin's blog, Good to Begin Well, Better to End Well, for a post dedicated to their relationship in: Affairs of the Gods: Hades and Persephone.

Here is a little of what I've learned about them as individuals (mainly, that they're flawed and awesome and fascinating! GO HADES AND PERSEPHONE!)

Hades
Many modern interpretations portray Hades as a villainous god, or somehow evil. But ancient texts don’t typically back this assumption. He was reclusive and overwhelmingly unconcerned with the affairs outside his realm, “unpitying, inexorable, but just,” according to Edith Hamilton (MYTHOLOGY). While his brothers Zeus and Poseidon were king of sky and sea respectively, Hades was king of the Underworld, and he took his job as ruler seriously. I have to give him props for being the responsible brother of the family. After all, his brothers spent their immortality chasing after the ladies, but Hades mainly concerned himself with vigilantly supervising his realm. Those who entered the Underworld were never to leave, plain and simple, and he had no patience for the longing of the living to see those who’d crossed the river Styx. Anyone who tried to trick him or trespass was punished, but there was nothing inherently evil about him or his methods. Mortals were meant to die; he was meant to make sure the dead stayed dead.
It's no surprise that few mortals wanted to attract his attention. Indeed, it was customary in ancient Greece to turn one's face away when making offerings to Hades, not because he was evil, but because the living typically didn't want to meet him any sooner than absolutely necessary. I wonder about his existence before Persephone and think, how lonely it must have been for him. Ruling over Shades with no memory, unloved by mortals, and having to fend off trickery from those who wanted to cheat death. Is it any wonder that he saw the happy, guileless, sunshiny Persephone and longed to have her by his side?
The Afterlife of the Dead:
According to Hesiod, the most heroic and upright mortals enjoyed an afterlife in the breezy, blessed lands of Elysium. Most of the deceased, however, led a rather gloomy existence as Shades in the Asphodel Fields after having their memories erased by drinking from the Lethe river. The truly despicable were sent into Tartarus, which was basically a pit of despair especially tailored to whatever would torment the sufferers most.
Persephone
Persephone is regarded as the goddess of innocence and springtime. Whereas her mother grew useful things like crops, Persephone created flowers; somewhat superfluous and not exactly necessary for survival, but what would the world be without them? Demeter’s beloved daughter was kept primarily on Earth and away from Olympus. Her mother knew first-hand about the lecherous gods and what they’d do to her daughter if given half the chance, and she kept the suitors away (Hermes, Apollo, Ares, and Hephaestus all gave it a try, among others). She was generally well-liked by the other undying gods, and there are stories of Artemis and Athena both paying her visits (perhaps there was a bond there, with the three being virgin goddesses at the time).
But because of her mother's overprotectiveness, Persephone grew into a sort of child-womanhood; an eternal girl-goddess who spent her days in meadows with nymphs. Her mother delighted in this, and would have kept her sheltered forever. I can’t help but think that this is sort of a selfish love, as if her mother didn't want to ever let Persephone go, but there isn’t any text regarding Persephone’s thoughts on the arrangement. Maybe she was happy with life as mommy’s little girl, or maybe she wondered if life had more to offer her. One can only speculate.
How could Hades and Persephone, so completely different, have ended up together? In my retelling, it's about choices; Persephone discovering who she truly is, and Hades learning to accept that his world of darkness needs more than just order, but love and light.
Dreamy sigh. I love research. Don't forget, the next installment of this post is now up at Good to Begin Well, Better to End Well in, AFFAIRS OF THE GODS: Hades and Persephone
Written by Unknown at 4:22 AM 3 comments:

Email ThisBlogThis!Share to TwitterShare to FacebookShare to Pinterest
This was mostly about: random, research, writing

It's my turn at DNAwriters today! Take a look at what the rain inspired:

Writing a Solid Story: Avoiding Rain Beneath a Leaky Roof 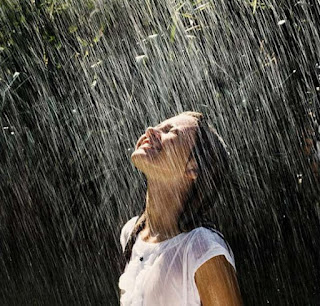 Happy Saturday, everyone.
Written by Unknown at 9:12 AM No comments:

The Amazing Thing About Paper Books

I love my Nook. Without a doubt, I read more ebooks than physical books now. I'm thrilled that books are reaching a wider audience, and that the written word has different formats that appeal to different reading styles.

But there's something about a book in my hands and on my shelves. I found this video at FUTUReBOOK and it completely delighted me.

It's incredible. I can't imagine the time it took to make that video.

I don't know what's going to become of the industry, but I do feel strongly that paper books aren't going to go away. When photography changed the world, it didn't stop people from wanting artwork; nor did movies put an end to live theater, or records stop people from going to concerts.

I couldn't be happier with my ereader, but my home would feel colder, and sadder, and lacking, without books lining my shelves.

For the record, I dislike the term "real books" even though I accidentally use it sometimes. Ebooks are just as real as paper books. And lastly, I'll share with you the absurd vision I have now, of paper books, strolling through a shady park while their impish ereader children race around like they've had too much sugar. I don't know what to make of that thought. So silly!
Written by Unknown at 5:39 AM 7 comments: