***Giveaway has ended-- Congrats to Aaron and Amanda, I hope you enjoy the books!***


As promised, to celebrate reaching 222 blog followers and give a HUGE thank you to everyone, I'm hosting a giveaway!

The Double the Awesome Book Giveaway!!

Enter to win one of TWO sets of TWO awesome books! Entering is easy, just fill out the form below. Bonus entries for tweeting and linking from your own blog. All entrants welcome, international or domestic. Giveaway ends April 7th at 11:59pm Pacific.


Now for the doubly awesome part... giveaway winners choose from EITHER:


BOTH WAKE and FADE by Lisa McMann

BOTH WICKED LOVELY and INK EXCHANGE by Melissa Marr

Fill out the form below and let me know which set of books you'd like to win, and check back APRIL 9th for giveaway winners!

First, I want to say thanks to all my followers-- the big 200 snuck up on me! I still remember having zero followers, and being excited when I hit double digits. VERY big hugs, everyone, and I'll be hosting a contest to celebrate... stay tuned for details! 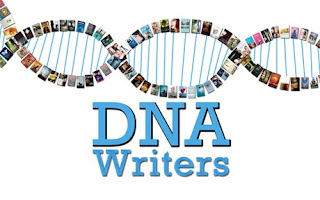 In case you didn't know, I'm the every-other-Saturday girl over at DNA Writers. My post for this week is up: Research: Giving Your Novel Depth and Authenticity.


In other DNA news, Brenda Drake is hosting a contest: Show Me The Voice! judged by agent Natalie Fischer of the Bradford Literary Agency. Check it out for a chance to win a 20 page critique!


Okay, this blog post is nothing but good news, apparently, because I also want to congratulate one of my very first blogger buddies, Carolina Valdez Miller, who was recently offered representation by Vickie Motter at Andrea Hurst Literary!


*hops up on soapbox* Before I go, I just want to urge you to consider giving to the Red Cross, or another disaster relief organization, for the victims in Japan. There are still 430,000 people in shelters!!! And there was a 5.9 magnitude aftershock only three hours ago-- living in California, I can tell you that is NOT a little earthquake (the Northridge earthquake was 6.7!). Anywayyy, initial donations are incredibly important, but sustained relief is crucial for helping victims get out of shelters and onto recovery. It's only been eight days, and the people of Japan have so far to go. If you haven't already, do think about making a donation! See the post below for some ideas. :) *hops down off soapbox*
Written by Diana Paz at 9:52 PM 4 comments:

Email ThisBlogThis!Share to TwitterShare to FacebookShare to Pinterest
This was mostly about: DNAwriters, updates

On the Earthquake and Tsunami in Japan

My heart goes out to everyone in Japan, and the friends and family members of those hit by the earthquake/tsunami disaster. Amanda Faris, an editor at Lyrical Press who teaches near Sendai, is still NOW unaccounted for!! (Her family was interviewed by their local NBC station), but thousands of others are also still missing as the affected areas struggle to keep up with the needs of evacuees.

If you're looking for an easy way to help, the Red Cross has again set up a Text 2 Help number like they did for the Haiti earthquake. Text REDCROSS to 90999 and $10 will be donated to Japan earthquake/tsunami disaster relief funds (charged on your next bill). Simple as that. Here are the details: Red Cross Text 2 Help Japan.

And for yet ANOTHER way to help, go to Maureen Johnson's blog, where she's already raised over $6000 for Shelterbox, which is providing necessities to shelters in Japan. The giveaway is over but you can still read about how to donate.

If you've come across any other ways to help, spread the word! xo
Written by Diana Paz at 12:12 PM 1 comment:

Research! Indulge Me in a Moment's Historical Nerdiness About Marie Antoinette

The Preamble:
I’m a history nerd. Overall, I’d say my preferences are in the world before the Industrial Revolution. If asked to choose a favorite era, I lean toward Medieval but that is a DIFFICULT answer to give since medieval is only narrowly the front-runner. Spanish Colonial, Ancient Greco Roman, Samurai-era Japan, Victorian England, Ancient Egyptian-- I can’t think of a time period I don’t find fascinating.
My wip is a time travel**, part of which takes place in pre-Revolutionary France. I already knew, from earlier stories I’d written involving history, that the vast majority of what I learned would not be a part of this book. That’s the nature of research. Most of it never makes it into any part of any story... it’s just for me, so I can stroke my invisible beard and go, “Hmmm, fascinating... I never KNEW that.”
**When I first realized the main characters in my story would time travel, I was SO. EXCITED!!! Time travel means history, and history means research! Research is extremely fun!
The Historical Nerdiness:
When people think of the Louvre, they tend to think about the Mona Lisa...or that giant glass pyramid thing. But before it was the most famous museum in France, it was once a fortress-turned-palace for France’s monarchs. Moreover, the Louvre eventually joined the ever-expanding Tuileries Palace,*** where Marie Antoinette made her Parisian debut, and where she and her family were imprisoned during the early part of the French Revolution.
***Tuileries was demolished in 1883, and as a history nerd I find this incredibly sad.
Which brings me to Marie Antoinette herself. Fortunately, I happen to have a copy of my favorite Marie Antoinette biography handy! *flips through MARIE ANTOINETTE: THE JOURNEY by Antonia Fraser*
Born in 1755, Marie Antoinette was betrothed at age fourteen, married by proxy a year later, married in FACT a MONTH later (although by all accounts the marriage went unconsummated until she was 22. What went on between the royal couple for those seven years?! Okay that’s an ENTIRELY different blog post!!). I can’t help but think back to myself at age fifteen-- or think of ANYONE at age fifteen-- and wonder what it must have been like for Marie Antoinette. She was expected to behave according to the protocol (and under the scrutiny of) the court at Versailles, the most famous and glamourous court in Europe during the 18th century. Marie Antoinette especially would have found this difficult, having grown up in the much more lax Hapsburg court in Austria. She came under criticism for organizing activities such as picnics and sleigh rides. Versailles was an extremely formal court.
At aged nineteen she was crowned queen. Although some believe her selfish, cold, even heartless, after reading through primary sources, especially letters describing her acts of charity, I can’t agree. History is written by the victors, and in many ways she was a political scapegoat and an easy target. That she loved gambling, dancing, entertaining, and shopping is rarely without mention in historical texts, and I’m not contesting that she did! But not many people know that she spent less money than many other royals of the time, and she actually preferred the unobtrusive life she created for herself at Petit Trianon to life at Versailles. Some might insist that her frivolous personality inspired her enemies to attack her. This view is certainly understandable, and her pleasure-loving attitude absolutely gave her enemies fuel for the exaggerrated and often outright false libeles. However, she was expected to maintain a fashionable court-- Versailles was extravagant in excess, renowned for its lavishness and ceremony. She was villainized for being a part of this system, but when she tried to simplify dress or loosen protocol, she was attacked as well. I can’t help but wonder if there would have been any way for her to win.
I’m not saying she was a perfect queen by any stretch of the imagination, but even had she been, I feel the libeles would have turned her into a monster regardless. It was the entire royal system at Versailles, the maintenance of grandeur that could no longer be sustained, that’s what her attackers needed to find a figurehead for. Whoever had stepped into this role would have been unable to stop the Versaille machine... and being trapped inside it, it might have been difficult to avoid a similar fate.
As Antonia Fraser states:
“Individual acts of benevolence, private philanthropy, shedding an aura of kindness about her, above all pleasing-- from childhood on, her love of pleasing people was one of her marked characteristics--all this was very much to Marie Antoinette’s taste.”
This statement adds a dimension to Marie Antoinette that isn’t often seen. And as for the French Queen being fond of life in Versailles, Ms. Fraser’s comments sum it up best:
“Ironically enough, the Queen, so often seen as the epitome of the ancien régime in all its foolish, stilted splendour, actually disliked such ways. It was the life of Versailles that was going out of date, not that of the Petit Trianon.”
So, I love history! I tend to research as much as I possibly can, out of the sheer joy of it, and also, because the more I absorb, the more comfortable I am writing a given time period. Also, have I mentioned research is extremely fun?! So ANYWAY I hope anyone reading this wasn’t bored to tears!
Written by Diana Paz at 10:39 AM 12 comments:

Email ThisBlogThis!Share to TwitterShare to FacebookShare to Pinterest
This was mostly about: random, writing
Newer Posts Older Posts Home
Subscribe to: Posts (Atom)