Update: The March 6th Deadline has passed!! Congrats to the winners!!!


DNA Writers is hosting its first contest! With SIX winners, YOU get to choose your prize-- a query critique, Starbucks gift card, BOOKS-- plus the chance to win the grand prize: a FULL manuscript critique, up to 80K! Click the link below, the entry form is super easy!!!

It’s been a while since I’ve done a One Of My Crazy Adventures post, so that’s what’s in store today. Some of you might remember my Ode to San Diego (where we used to live), or perhaps The Day My Pop-Up Shade Cartwheeled Across The Beach, among others. This time it's The Snow Day That Somehow Became A Writing Analogy!
So I’d been hinting to the husband how fun it would be to drive up to the snow for the day... especially with the recent rain and the kids having a four-day weekend. Yesterday morning he came downstairs and said LET’S DO THIS OH YEAH! SNOW DAY WOOOOO!!!! <NOT a direct quote, but it’s what I HEARD okay?!!
I went directly into Mom Organization Mode, finding everyone’s warm clothes**, packing extra socks, putting a picnic lunch together.**
**Some of you might remember, we recently moved to our Very First House, but *sad sigh* ...we lost a few things in the move. One of the things we lost was a bin labeled “Snow Things.”
Oh no!
Thankfully, the kids’ snow pants and jackets were stored elsewhere, but we needed to stop at a sporting goods store to buy hats, gloves, proper shoes (expensive!!) and other randomness that non-mountainy Southern Californians rarely have to think about.
Back to the snow day.
Ever since forever, we’ve gone to the edge of the high desert for our snow days, where the desert meets the base of the mountains. It’s a straight, quick drive. BUT, this time, the husband wanted to try the MOUNTAINS. Not really farther away, but it meant going in a different direction up a twisty mountain road that FELT farther away........ and it was so... much... colder!!! But also so much more beautiful. Now that I’ve done it this way, I’d rather visit mountain snow every time.
Look!! Okay, it's hard to capture the way the mist BILLOWED down but it's magical, you have to believe me!!

I’ve been to the mountains before, but normally when it’s sunny and green. Seeing it all wintry was lovely. We happened to visit when a system of clouds began descending. I’ve never seen anything like it, not fog... like, enormous, slow-moving puffs of mist. They were so white and practically transparent, floating down to land on the mountain and everything on it. It’s one of the most amazing things I’ve ever seen.
A Slight Mishap.
This is the first time we’ve been to the snow where we needed chains for the tires. So we bought some, and being city-slickers we TOTALLY bought the expensive ones, thinking they’d be better. AND WE LOST ONE OF THEM!!!
OMG brand new chains, and one was gone!!! The husband was less than pleased. By the time we noticed the loss, we’d driven a long way up!! We could've lost it anywhere! But I insisted we at least TRY and backtrack. Amazingly, we found the missing chain!!! It wasn’t even broken!!!
The Writer Analogy Part.
Oops, I told myself I’d leave writing out of this post, but....... I feel an analogy coming on!! There are two ways I know of to visit the snow-- and snow is snow either way, right? The kids will make snowmen and angels and forts whether it’s at the end of a straight freeway or up a twisting mountain road that needs chains. But for myself, I found the long, twisty snow trip so much more rewarding, and I enjoyed the experience a million times more. And aren’t books that way too? As much as a story can entertain, it’s those books that take us on a journey full of twists and turns, full of mishaps and hidden beauty, those are the books that really make us fall in love.
So. Yeah, I guess we should strive for that in our writing. If there’s a way to make our stories more complex, richer, more unexpected and beautiful, that’s what we should be striving for... those twists and turns that make the journey worthwhile. Even if it means it will take us longer to get it right. 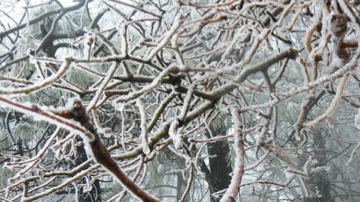 Back to the Snow Story.
ANYWAY, the kids had a wonderful time. I don’t really think they saw a difference between our city snow trips and the mountains-- they only knew one thing: SNOWPLAY! Poor three-year-old kept getting stuck, or falling down, and pretty soon he was a crying mess. The little guy’s face was soaked with tears, but he didn’t want to leave!
Eventually a snowball fight broke out and I let the husband handle that, while I hid out in the car (it was COLD!). We drove back down the mountain, amazed at how high we’d really been as the clouds cleared and we saw the city below.
So in conclusion, driving up to the mountains meant we needed to buy chains and it was a heckuvalot colder, but it was also completely worth it. 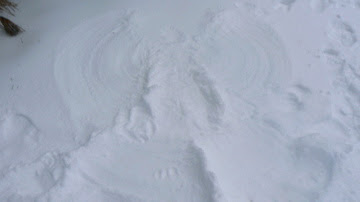 Email ThisBlogThis!Share to TwitterShare to FacebookShare to Pinterest
This was mostly about: Crazy Adventures

Wendy Sparrow has been offered representation by Sarah Yake at Frances Collins Literary!!!!!!!!!!!! I've made announcements like this for other blogger friends, but this isn't just any blogger friend. This is WENDY!!!!!!!!


Here is her blog post officially revealing the big news:


If you aren't already following Wendy, do follow her so you can congratulate and share in the JOY!!!
Written by Diana Paz at 2:36 PM 4 comments:

Email ThisBlogThis!Share to TwitterShare to FacebookShare to Pinterest
This was mostly about: staying positive

Heading Over to DNA For The Day!! 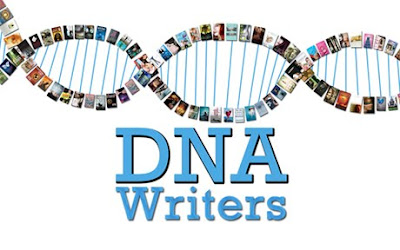 My every-other-Saturday post is up at the DNA Writers Blog, this week entitled: How to Not Send Your Story Into a Cinderblock Wall- Making Every Scene Count. Hope to see you there!
Written by Diana Paz at 10:20 PM 2 comments:

A Story Fling... Or Is It Something More?

For those of you who don't know, I'm currently finishing my second round of revisions, but today I somehow accidentally started a new novel-- which I am setting aside!!! But still, it happened.
One minute I was writing some harmless flash for my blog, the next I couldn't help wondering if what I'd written had the potential to be something more. *sigh* And already, I can't stop thinking about it.
It seems natural to explore new ideas and see where they lead, even before we're completely finished with our current projects. Recently, my amazing friend and critique partner Tina Lynn (@TinaLynn_) mentioned starting a new story, even though she's in the midst of her own revisions. She said she needed a break to create... maybe we all do sometimes.
I don't know whether or not I'll go back to Nameless New Novel. Things seem promising, but who knows? Either way, I'm not abandoning my current manuscript. I love it and I want all the best for it. I still think it could be The One.... however..... *eyes Nameless New Novel* I do feel a spark ;)
How do you keep yourself from chasing a new story, when you know you still have a long way to go with your current wip? Do you commit to every story you start? Or are you like me, with countless story flings, a few of which go on to become completed manuscripts?
Written by Diana Paz at 4:15 PM 7 comments:

Email ThisBlogThis!Share to TwitterShare to FacebookShare to Pinterest
This was mostly about: writing
Newer Posts Older Posts Home
Subscribe to: Posts (Atom)