Random Things I Learned in 2010

I'm really glad I don't make New Year's Resolutions. A) I'd only have thirteen hours left to accomplish whatever it was I'd been failing at all year, and B) I'd spend the next thirteen hours making lists of my resolutions (because I make lists).


Making resolutions might be silly anyway, because Rhonda (@rcowsert) and I determined that the world *might* be entering into a Vortex of Doom at midnight, one timezone at a time.....bwa-ha-ha-ha-haaaaa!!!

Anywayyyy, here is the topic of my Final Post of 2010! And yes, it's a list...
10 Random Things I Learned in 2010
1. I learned how to make bacon without it being burnt or soggy, and that another person makes wishes at 11:11. Basically, I learned that Tina is more important to me than I can say <3
2. I learned way too much about growing a lawn. (Only two things really matter: 1) it's hard, and 2) I hate gophers. I even hate typing the word out, grrrr!)
3. I learned that moving to a new city can be a good thing. Especially when it makes a special friend matter that much more. *loves Janelle*
4. I learned that after a year, I still miss Papa just as much. I always will. And I'll never stop feeling bad for my husband, who lost his dad way too soon.
5. I learned how to make friends on Twitter. And that I miss them when they're gone. #foobaconjace. Disney Movie Fridays. BACON. #cheeselove. Kona. Sushi. French vanilla. #longesttwitterthreadever. Crossbows and the zombie apocolypse. Cryptic references. #Untweetable. Revisions are hard...very, very hard. *lurks* #lovesTwitter
6. I learned that a crockpot is the best cooking thing ever!
7. I learned that I'm going to be an aunt again!!!!!!!
8. I learned that Disney World is just as much fun the second time :D
9. I learned how hard it is to truly let go of an old manuscript.
10. I learned that I can't force my mind to do it what it doesn't want to do... or my heart to feel what it doesn't want to feel. This one, I think, I'm still learning.
I hope I never stop learning. I want to learn... but it sucks that so many lessons have to hurt so much.
And, because I love books and my blog is random, here are my three favorite books of 2010:
1. Graceling (okay, it came out before 2010, but I didn't read it until recently)
2. Mockingjay
3. Anna and the French Kiss
Annnnnd........that's it! I'm ready for 2011!!! Or the Vortex of Doom!!! Either way! If you learned anything this year and want to share, I'd love to hear. Also, what were your favorite books of 2010?
Written by Diana Paz at 11:28 AM 8 comments: 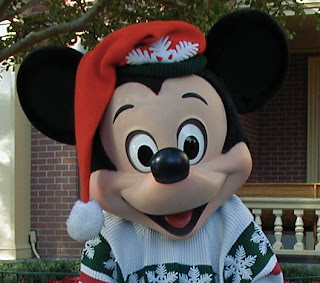 Wishing everyone a happy holiday season!
Catch you on Twitter, or see you after the new year!!!
Written by Diana Paz at 8:41 AM 6 comments:

10 Signs You *May* Be Procrastinating Revisions

10. You're catching up on blogs you haven't seen in ages-- including your own!


9. Your house is getting suspiciously cleaner and cleaner. (Really, it's been AGES since the blinds have been taken down for a good scrubbing-- it can't wait another minute!).


8. You've made out-of-the-blue appointments to see the optometrist and/or the dentist.


7. Now seems like the right time to organize the 5,877 pictures in your computer's photo file.


6. Now seems like the right time to choose a new layout for your blog/website/twitter/etc.


4. You make handwritten lists and leave them everywhere. ALL kinds of lists. Things you need to do, phone calls you need to make, grocery lists, Christmas lists, movies you want to watch, books you want to read-- you stop yourself before you make a list of all your lists. You're not ridiculous :P


3. You "work" on your story by making up family trees and intricate timelines of each character's life, and decide that you REALLY need a flow chart of all the events of your story, and actually, NOW is a good time to make sure the outline of the story matches the changes you've made so far in the revision process.


1. You consider and/or start a brand new manuscript. (Oh dear).


Anyone else have signs of procrastination? Merely for illustrative purposes, of course ;)
Sent via BlackBerry from T-Mobile
Written by Diana Paz at 6:51 PM 15 comments: